You know me, I love a good story and this one involves a business that just wanted to biz and put their best foot forward in that endeavor, so they dressed that foot in designer shoes and socks and still wound up tripping somehow.

They’re in the project management software business, specifically software that helps teams organize, manage, track etc.  They wanna sell this software tool to other businesses so they can theoretically be savvier businesses… nothing wrong with that.  Now here’s where I show the commercial, the one that cut through a totally unrelated video on YouTube (otherwise I wouldn’t have known they even existed). It’s less than a minute, so I encourage you to check it out.

Hold on to what you noticed most about the video.  Allow me to tell you that if you’re like most of the commenters on the monday.com youtube page where this video lives, it wasn’t what the software actually does.  Some of the commenters wanted to know who the attractive spokesgirl was, some dug the sofa or the building architecture, but the overwhelming majority wanted to know where they could get that insanely awesome, crazy infectious earworm beat.  And since it’s an ad that cuts through other YouTube videos which are probably extremely unrelated to office/team management to sell people who may not have offices or teams or spokesgirls or jobs this designer software, it had a share of complaints and jokes.  This has led to a comment section which I haven’t had so much fun browsing since Amazon’s Three Wolf Moon shirt.  Here are a few choice ones:

The BG Music brought me here.. and ONLY that.

So you won’t tell us what the title of the song is? Even if we ask on a Monday????

Yeah, but i hate mondays

I LOVe the music! What’s the name of the music? :O

Whats the name of the music used in this ad? PLEEEAASSSEEEEEEE!!!

Anyone know the girls name or IG name at least?

I suggested monday dot com to my employer, and they fire me instantly. True story!

Stop encouraging women to be managers; they’re terrible at it

I’ve only included a smattering of the comments that asked about the beat, just so you guys could get a sense of how often it was happening.  Internet investigators starting digging into it and sharing what were the closest similar beats or getting in touch with monday.com to directly inquire and one person reproduced the beat and hosted it on their own YouTube channel.  This investigation and collaboration was all going down in monday.com’s comment section.  The requests for the song just wouldn’t stop coming in.
Finally, a month ago monday.com pinned a response at the top of the comment section.

For everyone asking for the music, here is a link to the song 🙂 https://youtu.be/dQw4w9WgXcQ

Now,  I was one of those beat seekers, which is why I started pursuing the ad in the first place and found myself surrounded by this story.  Which means I’ve clicked the link (so you don’t have to) so this will hopefully spare you from getting rickrolled like I did.  Yes,in a classic bit of trolling themselves, monday.com rickrolled everyone.
Some of the commenters got offended, started calling themselves “potential customers” and talking about how they’re going to take their business elsewhere.  Stop it.  To riff off Rick Astley, you were never gonna give, never gonna give, never gonna give a dollar to their software.  And if you actually are an executive or manager who procures software for their office and actually need team-building organizational management tools, if something as simple as a redirect to some classic 80’s music is enough to put you off from investing in better business management then your company’s likely doomed to failure with that shitty attitude.  They’re not Shazam, fool.
The ad’s currently sitting at 32 million views on YouTube.  That’s a killer ton of views. Out of almost 170 comments, do you know the number of comments that actually testify that this is winning software?  2.  Yep, two.

monday.com is the best tool and platform in the business. Just perfect!!

To which other commenters called this person a sock-puppet with 2 subscribers and no content.  The other was a backhanded compliment.

You have a great product. But please stop throwing that annoying commercial at me every time I watch something on Youtube.

This is a fun story to me because you’ve got a company that just wanted to get word out of its product and did the absolute best they could to dress their product up for a spring social.  But they ironically dressed it up so well that that no one cared about what they had dressed because everyone was too busy wondering where those fancy threads came from.  It’s like the equal opposite of the movie The Producers, where a couple of theater play producers with the intention to fail combine a bunch of bad factors together and somehow succeed… only here a company with the intention to succeed combine a bunch of great things together and somehow fail.
Please allow me a bit of poetic license with the language with that last part.  I don’t know per se if they’ve failed… if there’s no such thing as bad advertising, at 32M views then it was a successful ad campaign.  It’s just the comment section is its own sort of mini-drama, one I fervently wanted to share with you all.  And that beat, tho. The moral of the story: advertise to the right audience.  Speaking of, buy my book. 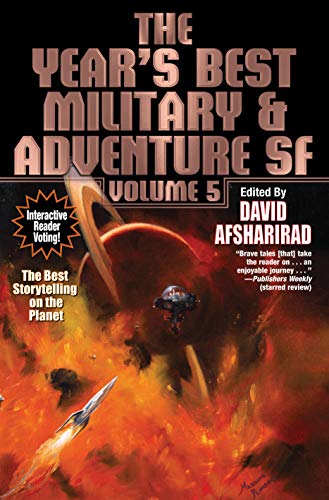 My first post of 2019 is one of triumphant fashion.  For those of you who still haven’t succumbed to your that growing, gnawing, ghastly curiosity and gotten yourselves a copy of my novel Pendulum Heroes, featuring gamers stuck in their avatars, it’s now available on NetGalley.  Some of you may remember my last post where I mentioned the extreme expense of NetGalley… fortunately my active membership in SFWA not only proves I can write stories that are entertaining to someone other than me, but also affords me the opportunity to feature my novel on their NetGalley page for a fraction of the cost.  I think this is one of the best perks available for indie novelists like me.

And for those of you who want a teaser, a small taste of my brand of gamer fic, my flash fiction story The Familiar Monsters recently dropped over at Daily Science Fiction.  This makes my eighth time appearing over at DSF and it’s always  a pleasure to see my story debut over there.  They make little fanfare about it, so I kinda know as it hits my inbox or people come from all over the webz to tell me they dug it.  This one’s my first gamer fic to appear on the site and you can see that, just like in the vein of Stephen King when he says it’s never about the monster,  with me it’s never about the game.

So if you’re new to this sub-subgenre, try it out on me.  But hurry on the NetGalley thing… it’s only on there for a limited time.  Sometime next month it’ll go away, I dunno when exactly and February’s a short month, so act now or act now-ish, just as long as you don’t act crazy in the DMV… don’t be that person.

And of course, you can always just drop over to your favorite distributor and buy a fun new novel.

Gristlers!  July is starting off in epic fashion.  Epic as in atmospheric steampunk war story featuring killer cyborg monkeys on an airship.  Yes, people, my story “A Song of Home, the Organ Grinds” is finally out in the latest issue of Lightspeed!  And they really gave the story and yours truly the royal treatment.  Lightspeed made the story this month’s feature and the issue’s cover art, illustrated by the very talented Saleha Chowdhury, is derived from the story.  They also podcasted the story, which makes for the second time a story of mine’s been narrated.  It’s pretty cool hearing your words spoken back to you, and Stefan Rudnicki did a wonderful job creating atmosphere and also has a real knack for sound effects… he has a killer killer monkey impression!

Lightspeed didn’t stop there.  They also gave me an Author Spotlight interview, where Gordon White asks me how I came up with this story and some of the aspects and psychology of the characters and their motivations.  It’s definitely worth checking out after you read the story and want to know the behind the scenes.  You guys will never guess how this idea of attack monkeys spawned.

Want to know why the monkeys straight from the source? Click here.

And as always, feel free to come back to the gristle and let me know what you thought about this or anything else.  Happy July folks!